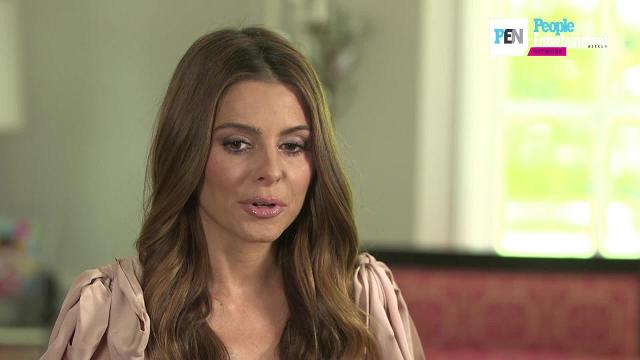 TV host Maria Menounos had to pick just the right time to tell her family that she had a brain tumor.

Maria Menounos is mourning her mother’s death who died Sunday after a long battle with stage-four brain cancer.

“RIP mom,” the former E! News host captioned a black and white photo of her and her mother, Litsa Menounos, on Instagram. “God loved her so much he took her on greek easter.”

“Christ is risen mom,” she also wrote in Greek.

In a video uploaded to her YouTube channel in April, the 42-year-old shared that both her parents had been hospitalized after testing positive for COVID-19 late last year, just as her family had received news that her mother’s tumor was growing.

“For those of you who don’t know, my parents have been like my kids,” Menounos said in the 19-minute video detailing their battle with the coronavirus. “I have taken full care of them the past two decades.”

The TV personality continued: “My mom was healthy until August of 2016 when she was diagnosed with stage 4 brain cancer, otherwise known as glioblastoma. Coincidentally, two months after her diagnosis, I, too, was diagnosed with a brain tumor.”

Related: Maria Menounos has a benign tumor called a meningioma… what is that, anyway?

Menounos was diagnosed with a benign tumor, called hemangioma, in 2017. She shared in the YouTube video that she and her mother both recovered from surgeries together.

“It’s been a crazy few years for us but mom has been a total miracle,” she continued. “We don’t listen to statistics in this house but they all said she had an average of 6-12 months (left to live), well here we are almost five years later and she’s had quality years.”

She first told People magazine in 2017 that she underwent surgery to remove a golf-ball-sized tumor discovered in February. Menounos said 99.9 percent of the tumor was removed during the seven-hour procedure in June of that year.

Celebrity friends took to the Instagram comments section of Menounos’ post to offer their condolences to her late mother.

Zoe Saldana wrote: “We send you so much love. Our deepest condolences Maria.”

Former E! News host and reporter Catt Sadler wrote: “I know one thing for certain – your mother knew the most extraordinary love there ever was to know because of you. Your devotion to her was unparalleled. She’s with other angels now. Sending all my love.”

TV personality and retired professional wrestler, Nikki Bella, wrote: “RIP. Sending you and the fam so much love light and prayers.”

Contributing by The Associated Press