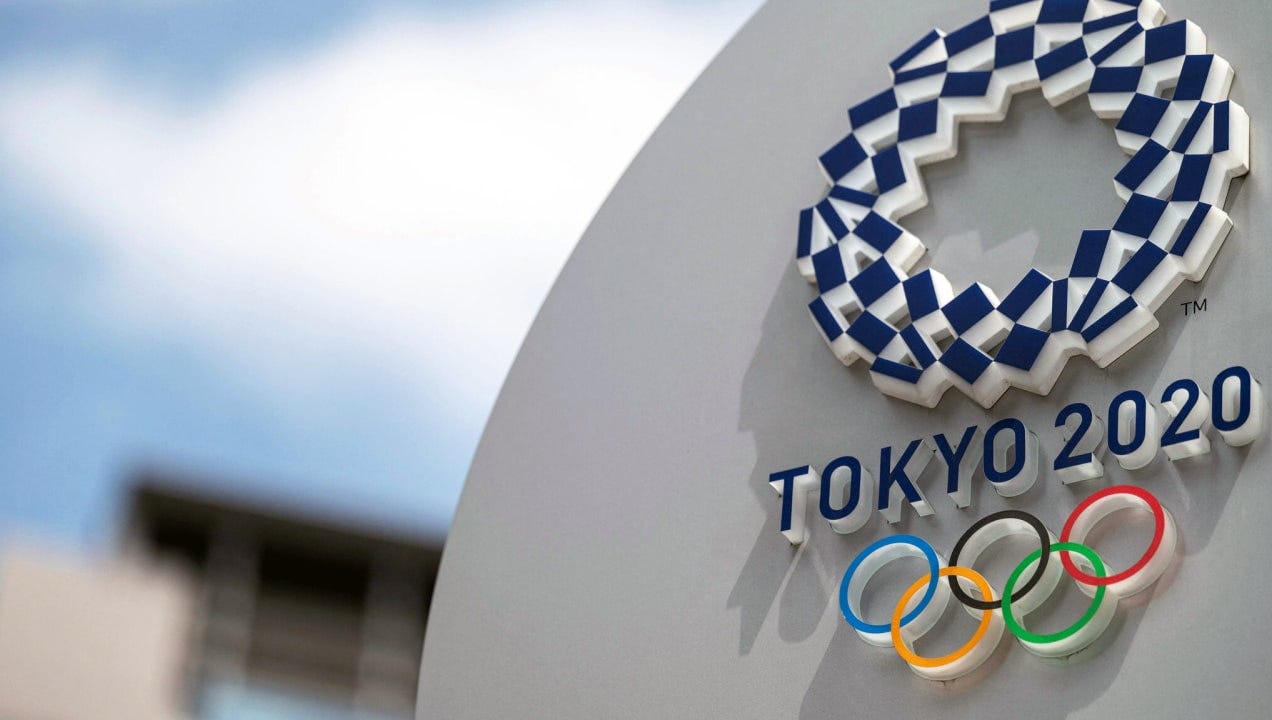 The Tokyo Olympics will be one of the most unique in history. Here’s where the games stand with no fans, strict COVID-19 protocols and new sports.

As Mike Tirico sits in his hotel room overlooking Tokyo Bay, the Rainbow Bridge and the illuminated Olympic rings monument while preparing for the biggest assignment any sports broadcaster could dream of, he can’t help but think of what might have been.

These days, the streets of Tokyo aren’t bustling with millions of people, but instead there is a tenor of uncertainty among the masked-up and mostly unvaccinated citizens and Japanese officials, who have spent nearly $16 billion to coordinate the Olympics.

NBC is days from formally opening its record 16th broadcast of an Olympics, with its new motto of “Faster, Higher, Stronger – Together.”

The Summer Games, postponed once because of the pandemic, already have seen at least three American athletes pull out because of positive COVID tests. As calls to push back again or cancel altogether grow louder, NBC forges ahead. The Games is important to the network because it paid $7.75 billion for all broadcast rights to the Olympics through 2032 and has sold more than $1.2 billion in advertising.

“I would say there’s a disappointment in the lack of international fans for that very reason. It’s such a great city and a fabulous place,” Tirico told USA TODAY Sports in a phone interview last week. “It’s a shame for the international fans and for the people of Tokyo that the world won’t get to see this great city really shine.”

NEVER MISS A MEDAL: Sign up for our Olympic newsletter now

The coronavirus and ongoing pandemic has had a heavy influence  on the current state of affairs in the world’s largest city.

The primetime host of the Olympics, in his third go-round after taking over for Bob Costas, says he is anxious to start and understands the seriousness of the situation, but will continue to monitor medical news.

“None,” Tirico said, when asked if he had any apprehension about traveling across the world and staying safe amid a pandemic.

NBC executives have said they are following protocols and all safety measures to ensure staff and crew are safe, not only for these Games, but also the Paralympics, which are slated to begin here Aug. 24.

With the backdrop of the pandemic, the concern with rising cases and keeping athletes safe there may be a point when significant news breaks in the middle of one of Tirico’s shifts.

Molly Solomon, the executive producer and president of NBC Olympics Production, says that Tirico is adept at handling any news related to the Games, with the sports department working with their colleagues at NBC News to provide information.

Tirico, and NBC for that matter, knows how much is at stake when the world is watching: billions of dollars. Advertisers, sponsors and Olympians have 17 days to cash in while there is a relative lull elsewhere in the sports world.

Whether the events are broadcast live, streamed through Peacock or repackaged for a primetime audience that the network hopes will reach millions, that may contradict how viewers consume original programming, such as entertainment.

For the 54-year-old Tirico, preparation is paramount. And spending 25 years at ESPN has helped him navigate his many duties at NBC. Serving as primetime host of the Olympics is his most visible role with the network, but he says it starts with being a sports fan who happens to have a lot of access to events and athletes. And even though 200 nations and more than 10,000 athletes will be represented, knowing the background of every single one isn’t exactly part of the job description.

“My job is to be that constant thread for all 17 nights,” he said. “And to give you a little bit of feel and flavor for where the Games are taking place; certainly this year with the surroundings. That’s the foundation for what I need to do every night.”

For that reason, Tirico is the face of the Olympics coverage. Athletes such as Simone Biles, Kevin Durant and Caeleb Dressel will get the lion’s share of the attention for what is done during competition, but Solomon says Tirico will be able to set the scene for those casual sports viewers, especially during primetime when much of NBC’s focus will be on track and field, swimming, gymnastics and beach volleyball.

“What I admire about Mike as a studio host is his unmatched ability to balance the sports fan’s curiosity with his deep knowledge of the events he’s covering. What makes him unique is his incredible preparation and work ethic. I’ve never met a broadcaster as prepared as Mike,” Solomon said.

Even though Tirico provided play-by-play during the U.S. swimming trials and led the coverage for the track and field trials, don’t expect him to step behind the mic in Tokyo, especially with the weight and the duties that the primetime host carries.

“I enjoy doing play-by-play,” Tirico said. “But this role as a host is one of the great roles in television. It’s a role that’s been held by some of the best people in the history of our business, starting with Bob Costas and Jim McKay, two individuals who I looked up to growing up, two individuals I looked up to as I got in the business, and I had the great fortune to work with both of them and find out what made them tick.”

There isn’t going to be much of a break for NBC with the Beijing Winter Olympics in seven months.

Tirico’s frequent flyer miles also are going to get a workout with his duties with Sunday Night Football, Football Night in America, Notre Dame Football and the Breeders Cup.

No plans have been finalized on how Tirico will navigate the 2022 Beijing Winter Olympics and Super Bowl LVI, also broadcast by NBC.

The Beijing games are slated to start Feb. 4, while Super Bowl LVI from SoFi Stadium in Inglewood, California, is set for Feb. 13.

“That’s why I’m here,” he said. “And I’m just very thankful and appreciative. I get the chance to do this. It’s really, really a fun thing for me.”

After returning from space flight,…

Amid fears over COVID cases…

The fierce debate over Bruce…