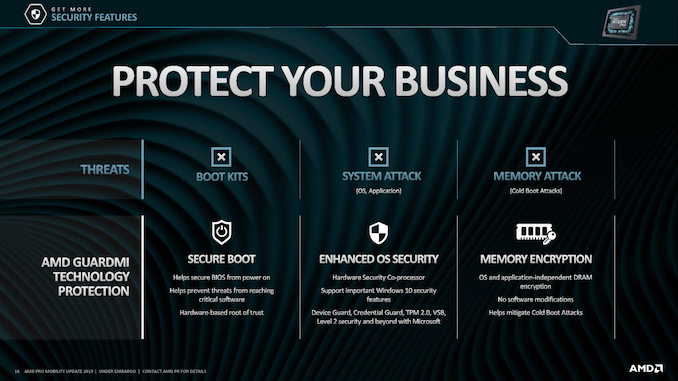 Furthermore, AMD uses wafers with highest yields/least amount of defective parts to build the Ryzen Pro in a bid to meet long term reliability. These CPUs are covered by a 36-month limited warranty, up from 12-month warranty for consumer processors. AMD also guarantees that its Pro-series products will be available for at least 24 months after initial launch and also provides 18 months of planned software stability. 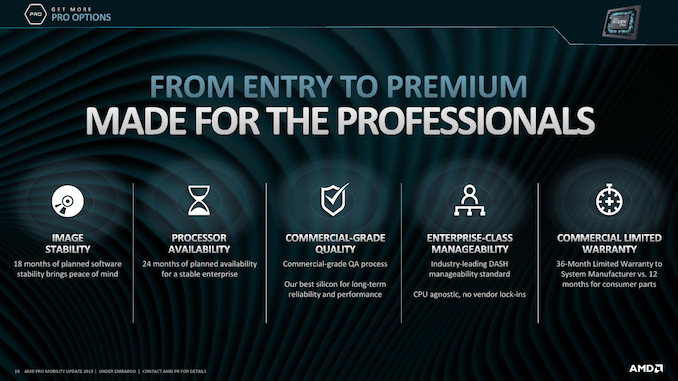 (For those interested, it should be noted that the Athlon Pro 300U is a full 12nm chip, built on the Zen+ Picasso design, whereas the non-Pro version is a 14nm chip, and a second iteration of Raven Ridge.)

AMD’s own tests show that its Ryzen 7 Pro 3700U is ~1% better than the 8650U in PCMark and up to double in performance when graphics comes into the mix. 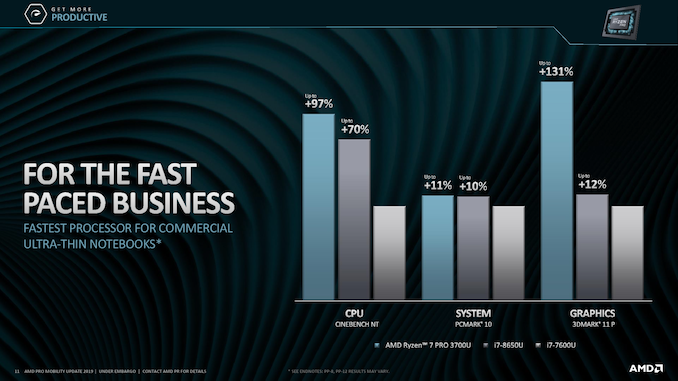 Obviously, GPU-intensive workloads are the ones where AMD’s APUs outshine Intel’s CPUs. Meanwhile, general-purpose performane of AMD’s and Intel’s processors for commercial laptops is very close, according to AMD. 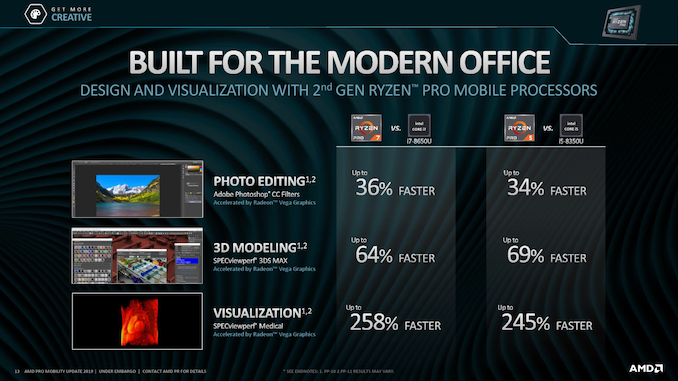 AMD has already started to ship its Ryzen Pro 3000-series and Athlon Pro 300-series processors to its partners among PC makers. HP and Lenovo are expected to be the first to offer commercial laptops based on the new APUs. Other manufacturers are projected to follow later in 2019.

GUILTY! Across the US, cheers…

After Chauvins guilty verdict: A…