Latest News
Home /I thought it was my apartment: 911 call obtained after fatal shooting by off-duty officer | CBC News

The former Dallas police officer who fatally shot an unarmed black man in his own home told a 911 dispatcher “I thought it was my apartment” nearly 20 times as she waited for emergency responders to arrive, according to a 911 recording obtained by a Dallas TV station.

“I’m an off-duty officer. I thought I was in my apartment and I shot a guy thinking he was, thinking it was my apartment,” Amber Guyger said in the recording obtained by WFAA .

Guyger, who is white, is charged in the September 2018 killing of Botham Jean and is set to go to trial later this year. She has said she entered Jean’s apartment, thinking it was her own, and fatally shot him.

On the call, Guyger can be heard apologizing to Jean, who was a 26-year-old native of the Caribbean island of St. Lucia who worked in Dallas for an accounting and consulting firm.

WFAA hasn’t said how it obtained the recording. The Dallas Police Department didn’t immediately respond to The Associated Press phone and email messages Tuesday morning seeking verification of the recording.

Attorney Daryl Washington, who is representing Jean’s family, noted that Guyger did not tell the operator she was afraid of Jean or that she thought he was an intruder.

“There was nothing in that video or the recording where she ever indicated she thought Botham was trying to harm her,” Washington told WFAA. “She was very fast to shoot without asking very many questions.”

Guyger sounded frantic during the nearly six-minute call and says both “I’m going to lose my job” and “I am going to need a supervisor.” At one point, she seems to question how she ended up in Jean’s apartment and says, “I’m so tired.” 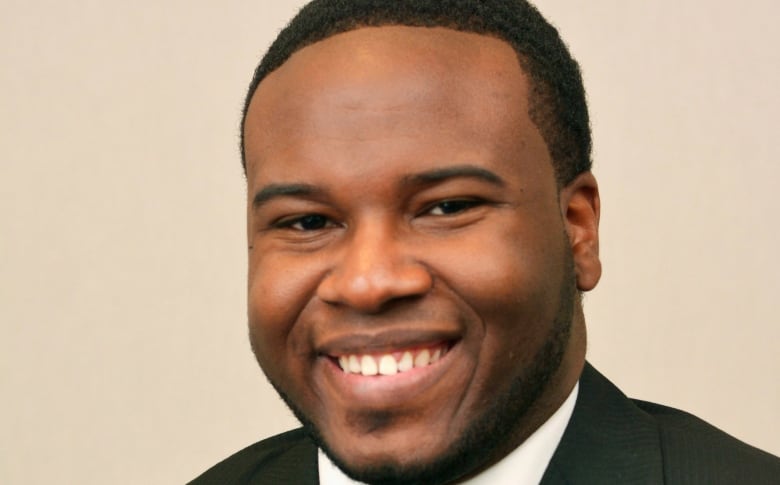 Guyger told the 911 dispatcher she shot Botham Jean, a neighbour, after she said she mistook his apartment for her own. (Jeff Montgomery/Harding University/Associated Press)

According to an affidavit later written up by Texas Rangers, Guyger said that after finishing a 15-hour shift, she returned home in uniform and parked on the fourth floor of her apartment complex’s garage, rather than the third floor, where her unit was located. She said she got to what she thought was her apartment — Jean’s was directly above hers — and found the door ajar. She opened it to find a figure standing in the darkness. She said she pulled her gun and fired twice after the person ignored her commands.​

Police have repeatedly declined to release the recording, claiming it is exempt from Texas public records law because it is part of an ongoing criminal probe.

Department spokesperson Melinda Gutierrez said the department didn’t authorize the release and has opened an internal affairs investigation into how the station obtained the recording.