A Winnipeg care home where two residents recently died has confirmed it served frozen food from Thailand that was later linked to the Canada-wide outbreak of salmonella.

Golden West Centennial Lodge told staff and families on Tuesday morning it had given residents cream puffs that are now on the recall list.

“We may never know the exact cause of our outbreak, but this appears to be a strong possibility,” executive director Joyce Kristjansson said in an email.

Two residents at the 116-bed personal care facility in the Sturgeon Creek neighbourhood died in March, and a third was sickened. All three tested positive for salmonella.

The Public Health Agency of Canada confirmed the three cases at Golden West are linked to the outbreak which has struck 73 people nationwide.

Knowing my mom, she would have said yes to an eclair.– Evelyn Sorenson

Evelyn Sorenson’s mother — 84-year-old Iris Soloniuk — was among those who died at Golden West. She says she’s in shock and still has questions about her mother’s death.

“We’re dealing with the shock of, you know, you put your mom into a senior home to get care and this happens,” Sorenson said. “It’s so sad.”

“Knowing my mom, she would have said yes to an eclair,” Sorenson said. “She loved her sweets.”

At first, Sorenson says, her mother was thought to have the flu. She was taken to Grace Hospital for dehydration, but her condition quickly took a turn for the worse. Doctors diagnosed her with salmonella.

On March 8, Sorenson’s sister called to ask her to fly home from Vancouver Island. Sorenson made it to Winnipeg to see her mother before she died March 9.

“We were concerned — the fact with the nursing home, [that] it took them so long to realize it wasn’t the flu, it was salmonella,” Sorenson said. “And why hadn’t she been put in hospital sooner?”

Sorenson says she was told by health officials that her mother was too dehydrated for a CT scan to show clear images.

“Sitting in B.C. not knowing … what did they serve her? What did they eat? So you’re just not getting any answers,” she said. 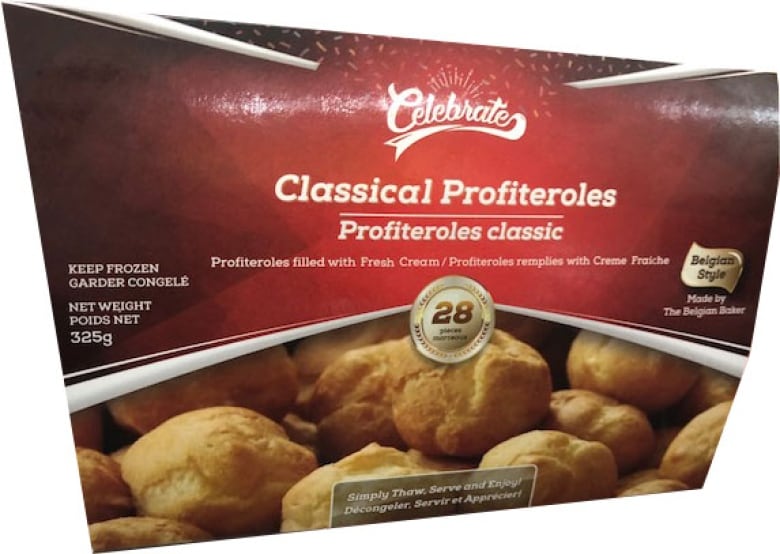 The cream puffs were made in Thailand, and the Thai government says it’s investigating. The Canadian Food Inspection Agency is also investigating, a spokesperson said.

Anyone who still has the recalled products should dispose of them and sanitize anything used to handle them, officials say.

“My mom’s death was needless,” Sorenson said, “because the Sunday before, she was fine.”

Holly Doan, who lives in Ottawa, says her 94-year-old mother has lived at Golden West for several years.

“I”m glad they’ve identified the source,” Doan said. “My family still doesn’t know if my mother ate one. So what does that tell us about the communication?”