The first complex in Laredo began hearing cases immediately, and  another complex in Brownsville  is expected to be operational Thursday. But in a conference call with reporters, officials with U.S. Department of Justice who spoke on condition of anonymity said the hearings are not yet being opened to the media.

The permanent facilities on the border in El Paso and San Diego, which hear what the government calls Migrant Protection Protocols cases, are unable to handle the volume of cases, the officials said.

No cost figures were provided for the tent structures that were erected this week on federal property near the U.S.-Mexico border. They also did not say how many cases were handled at the Laredo complex or how many applications by migrants seeking to remain in the United States were approved or denied. 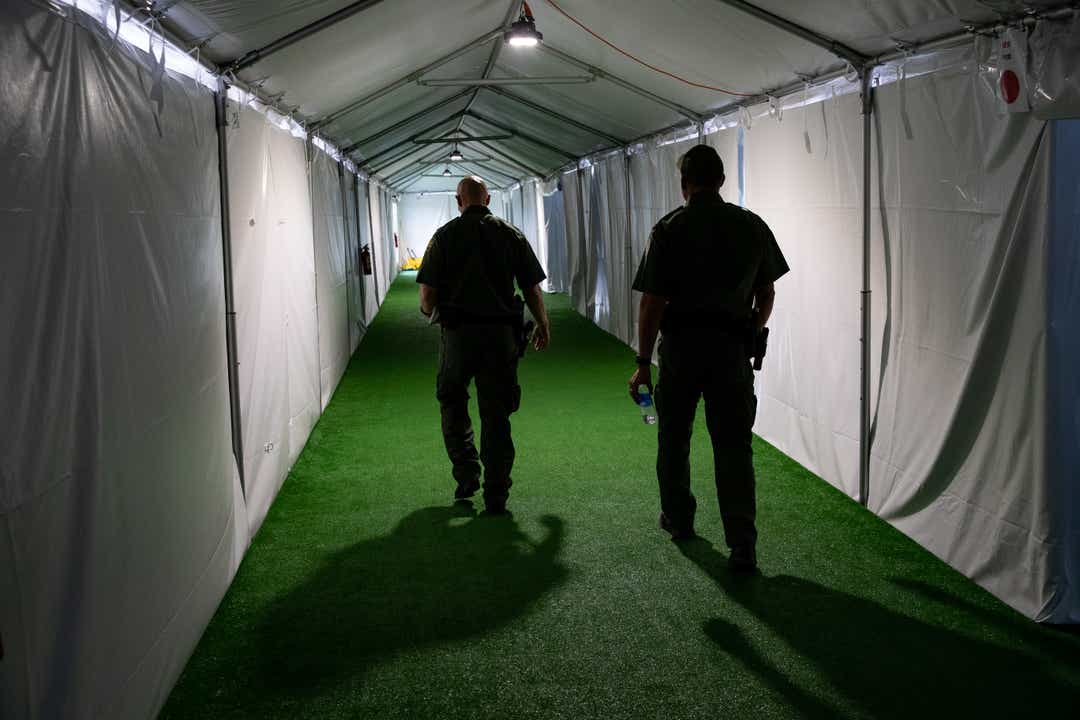 The facilities can handle the same functions as permanent court complexes, the officials said. Judges from the interior United States can preside over the proceedings using remote technology. Interpreters, either in person or via teleconferencing, are being made available.

Rooms in the temporary facilities are available for attorneys to meet with clients and for family members of migrants to wait while the proceedings are carried out, officials said.

Attorneys must be certified ahead of time, officials said, adding that lawyers are not allowed to roam the complex “to solicit clients.”

People who enter the facilities must go through metal detectors, the officials said.

A Justice Department spokesman said at the outset, authorities are not allowing the public or the media to view the court proceedings due to security concerns. Perhaps later on, reporters might be allowed to request access to the tented courts and those requests would likely be considered on a case-by-case basis.

The officials said the temporary courts will likely remain in place for up to about a year.

With Syria cease-fire set to…