Facing the dual forces of the coronavirus pandemic and the national movement to “defund the police,” law enforcement agencies across the country are bracing for budget reductions not seen in more than a decade.

Nearly half of 258 agencies surveyed this month are reporting that funding has already been slashed or is expected to be reduced, according to a report slated for release this week by the Police Executive Research Forum, a non-partisan research organization.

Much of the funding is being pulled from equipment, hiring and training accounts, even as a number of cities also are tracking abrupt spikes in violent crime, the report concluded. 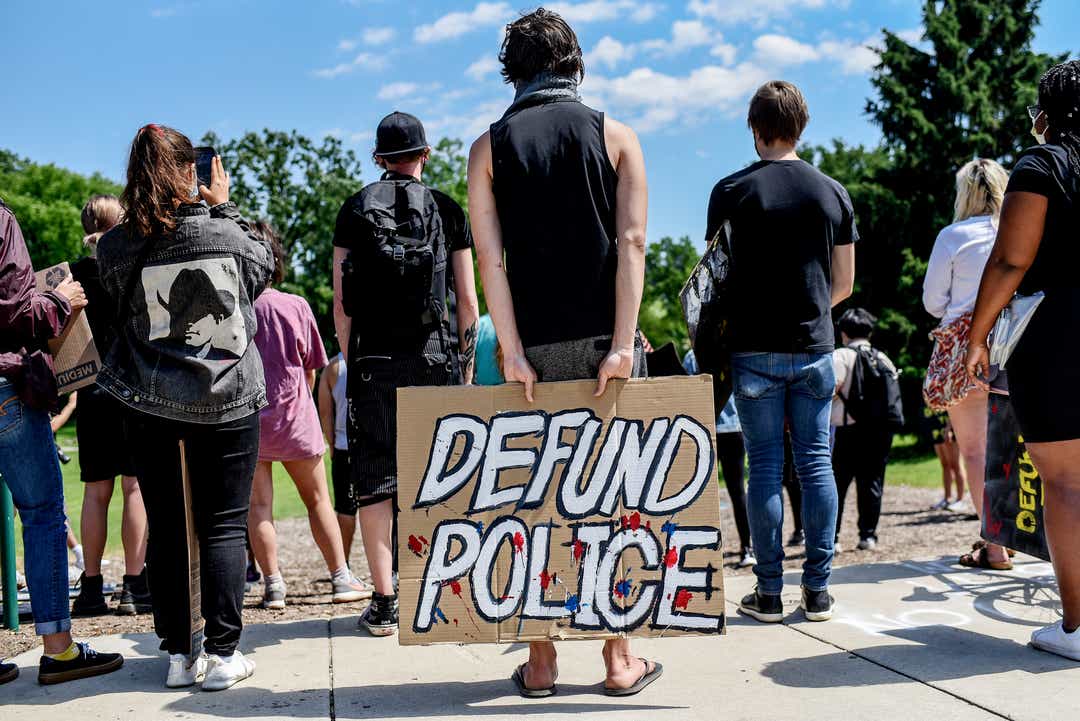 Few agencies, regardless of size, are being spared. Deep reductions have been ordered or proposed in Los Angeles, New York, Seattle, Baltimore County, Maryland, Tempe, Arizona, and Eureka, California.

Chuck Wexler, executive director of the D.C.-based think tank that authored the report, said police operations have not confronted such a threat since the financial crisis of 2008, when operations and force numbers were cut dramatically to account for the steep decline in available public funds.

“Unfortunately, the situation this time is only certain to get worse because of the pandemic’s resurgence and the convergence of the defund police movement,” Wexler said. “It’s a combustible mixture for police departments, because reform is often achieved by hiring a next generation of officers and acquiring new technology that can assist their work. The unintended consequence of these times is that those reforms will now be held back.”

But Scott Roberts, senior director for criminal justice campaigns for the civil rights advocacy group Color of Change, said law enforcement has been “the most out of touch” in recognizing a need for new policing policy.

“The lack of imagination in public safety has only led to continuing down the same path to investing in more law enforcement,” Roberts said. “This call for defunding police is not just about taking money from policing, it’s about making the investments we need to make in things like health care, including mental illness.”

DEFUND POLICE?: Some cities have already started by investing in mental health instead

The first shock waves rippled through law enforcement this month when New York municipal officials slashed $1 billion from the largest police force in the country with an operating budget of about $6 billion. The cut effectively canceled a 1,200-person police recruiting class, curtailed overtime spending and shifted school safety deployments and homeless outreach away from the NYPD. 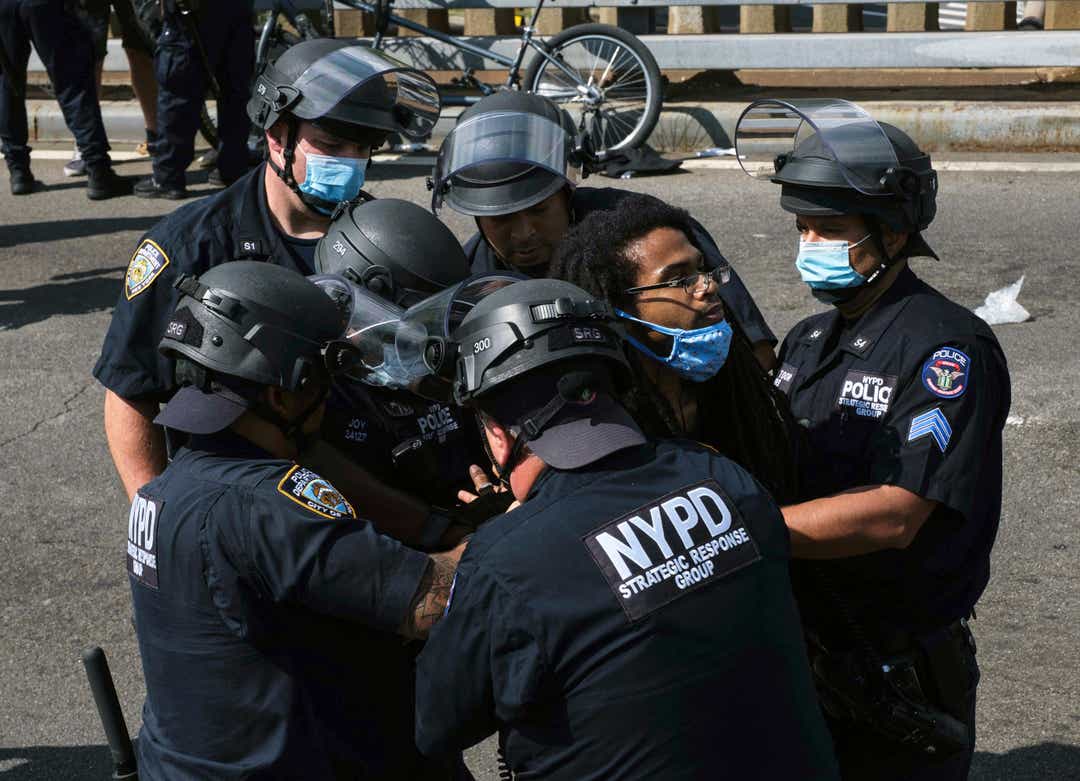 In Minneapolis, where the de-fund movement began following the May 25 death of George Floyd at the hands of police, the fate of the local force remains in doubt. Los Angeles has cut its police budget by $150 million, while Seattle has proposed a 50% reduction to a department that has struggled to contain protests that erupted following Floyd’s death.

“There are a lot of pressures dragging down and threatening levels of public safety,” Los Angeles Police Chief Michel Moore said. “It’s really a perfect storm.”

Even smaller cities facing less pressure from the social justice movement have not been able to escape an unfolding financial crisis driven by the COVID-19 pandemic.

MAP: Which states and cities have changed police funding, policies

In Steamboat Springs, a ski-resort town in northwest Colorado largely supported by tourism-driven sales tax dollars, the police department is cutting its budget by 28% or nearly $1.5 million. It means that vacant positions will go unfilled and civilian employees are taking a 10% pay cut, Police Chief Cory Christensen said.

The police department’s training and recruiting budgets already have been zeroed out.

“At a time when we’re talking police reform and how to make police departments better, one of the strategies is having training. But not having funding for that, we will fall behind in making sure we’re up to par with best practices,” Christensen said, adding that the department has yet to meet state-mandated training hours.

Christensen was able to hire a few officers in the last three years, but the police force has barely kept pace with the town’s growing population – up from 3,000 to 13,000 in the last two decades. The police department now has 44 employees, a slight increase over the past 20 years.

At the same time, calls for service are up 23% from last year, the busiest year in Christensen’s memory.

In Eureka, a Northern California town of nearly 27,000 where sales taxes are also the primary source of revenue, the pandemic is responsible for doubling an already projected deficit for the next budget year, Police Chief Steve Watson said.

The police department is cutting its budget by 8%, or nearly $1.2 million. That means losing six positions through a combination of early retirement incentives, resignations and allowing vacant positions to go unfilled, Watson said. The agency currently has about 50 employees, a staffing level that already struggles to keep up with the workload.

“We are already in a recruiting and retention crisis that’s been going on for years. I can foresee it’s going to get far worse,” Watson said.

​’It could take years to recover’

Law enforcement has been at the center of financial and social justice crises in the past, but there is a reason why Wexler and his group believe this storm is different.

Comparing the think tank’s 2020 survey – conducted just five months into the pandemic – with similar 2008 research –,a year into that recession – the group found that more police agencies planned cuts to training, hiring and technology acquisitions this year than during the last economic crisis.

“If we’re just comparing to 2008, the cuts this time could be significantly deeper and it could take years to recover,” Wexler said, adding that the social justice movement has yet to take full effect in some communities where local leaders are entirely reassessing public safety operations.

Regardless of the new pressures, Ed Davis, a former police commissioner in Boston who helped oversee the Boston Marathon bombing investigation, cautioned his former colleagues not to sacrifice training to balance a budget.

When forced to decide between training and deploying officers to local neighborhoods, Davis said chiefs often choose the latter. 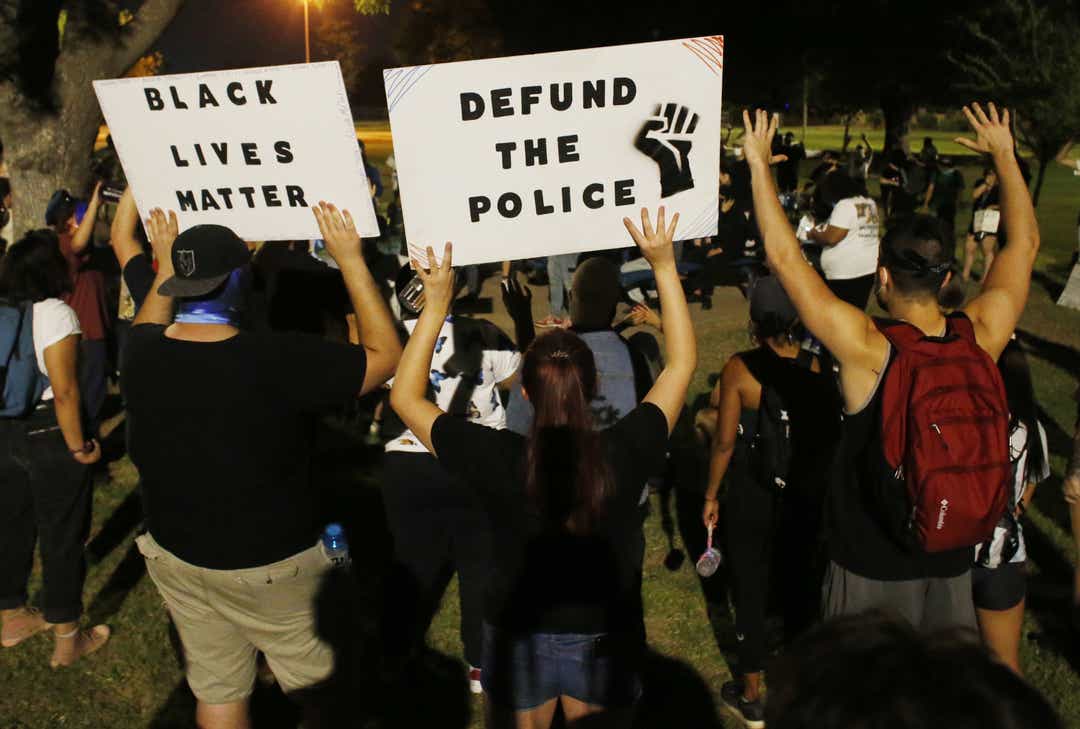 Of the campaign to defund police, Davis called the movement “ill-advised.”

“I understand that people are angry. We really have to deal with the kind of system that led to Officer Chauvin being on the police department,” Davis said, referring to former Minneapolis police officer Derek Chauvin, now charged with second-degree murder in George Floyd’s death. “The problem is if you remove police from the street in large numbers, the very people that have been victimized by racial inequality are going to be the ones suffering the most.”

‘A sea change’ in Los Angeles

For the first time in five years, and largely propelled by the recent budget cuts, the police force in Los Angeles will fall below 10,000 officers. Chief Moore said the department had struggled for years to keep its numbers up, and breaking the 10,000-officer mark had been a source of internal pride.

The $150 million moved from the police budget this year, however, will require accepting more than a smaller number. Moore calls it “a new normal.”

“We’re not just talking about holding on for a few months,” Moore said. “There is no immediate exit door from the pandemic. It’s likely to go on for some time. With the addition of the social justice movement, there is even more pressure to articulate a path forward that is thoughtful, understanding the challenge before us.” 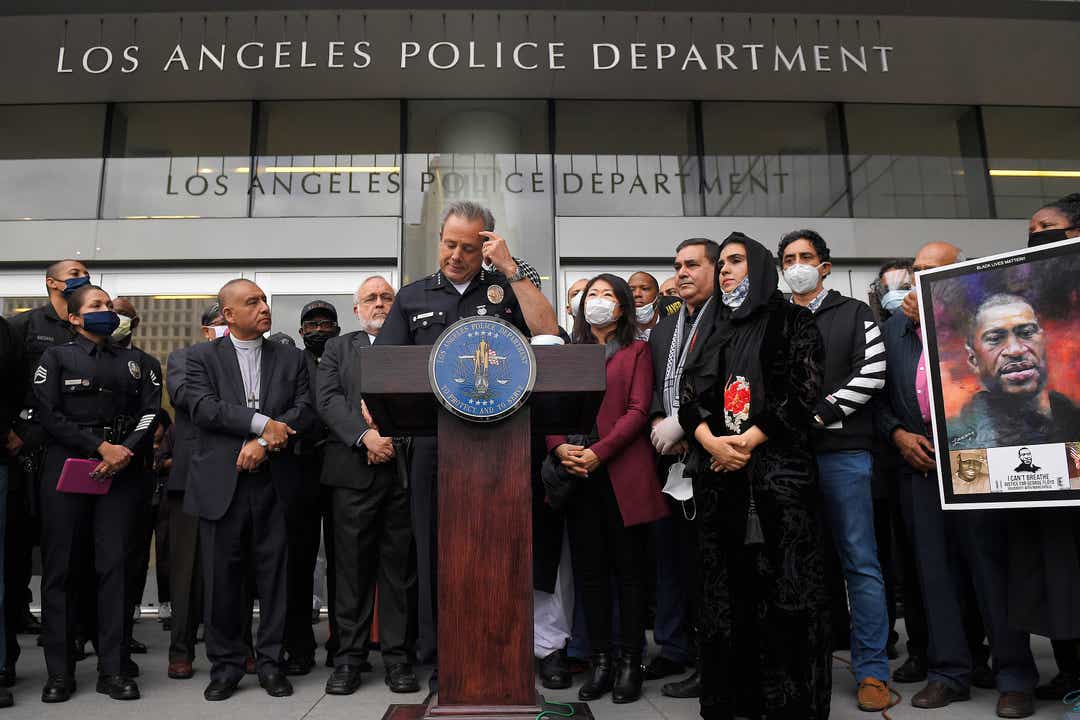 The challenge, Moore said, is “turning the crisis into an opportunity.”

Adjusting to the new normal is forcing local leaders to reassess the police department’s resource-draining obligation to respond to calls involving people who are mentally ill.

At least one-third of the department’s calls for service, Moore said, involve people who are mentally ill or emotionally disturbed. Los Angeles is one of hundreds of police departments struggling to find more meaningful and efficient ways to respond to such calls.

The city also is considering shifting its response to local traffic collisions — about 70,000 last year — to another entity.

“Those calls can tie up officers for hours, and it usually results in reports written for the benefit of insurance companies,” Moore said.

Another problem thrown into this year’s complicated mix: homicides have been ticking up. There have been 169 murders so far this year, compared to 153 at same time last year in the city. The numbers have prompted Moore to reach out to federal authorities for assistance in gun violence investigations.

“You have to remember, this is a people business; this is not a factory where we make widgets,” Moore said. “Where we can shift responsibilities, we will do that. This is a significant sea change for us.”

In Seattle, Police Chief Carmen Best said a city council proposal for a 50% cut to the force lacks any plan for how or who would be left to respond to the 800,000 calls for service each year.

“I haven’t seen a plan, and I have to deal with legitimate calls for service,” Best said. “It’s a detriment to public safety; it’s reckless and dangerous.”

Trump will not attend United…

Wendy Williams is happier than…