WNBA players have escalated their opposition to Atlanta Dream co-owner, Sen. Kelly Loeffler (R-Ga.), by wearing shirts supporting one of her opponents in the upcoming election.

Players on the Chicago Sky, Phoenix Mercury and the Dream sported “Vote Warnock” T-shirts ahead of Tuesday night’s games in the bubble at IMG Academy in Bradenton, Florida. Rev. Raphael Warnock is one of the Democrats challenging Loeffler for the Georgia Senate seat.

Last month, Loeffler sent a letter to WNBA Commissioner Cathy Engelbert objecting to the league’s planned anti-racism messages supporting “Black Lives Matter” and “Say Her Name” (a reference to the recent killing of Breonna Taylor in Louisville), and instead urged the league to put American flags on players’ jerseys.

That prompted a rebuke from the WNBA Players Association, who tweeted in response to Loeffler: “E-N-O-U-G-H! O-U-T!” 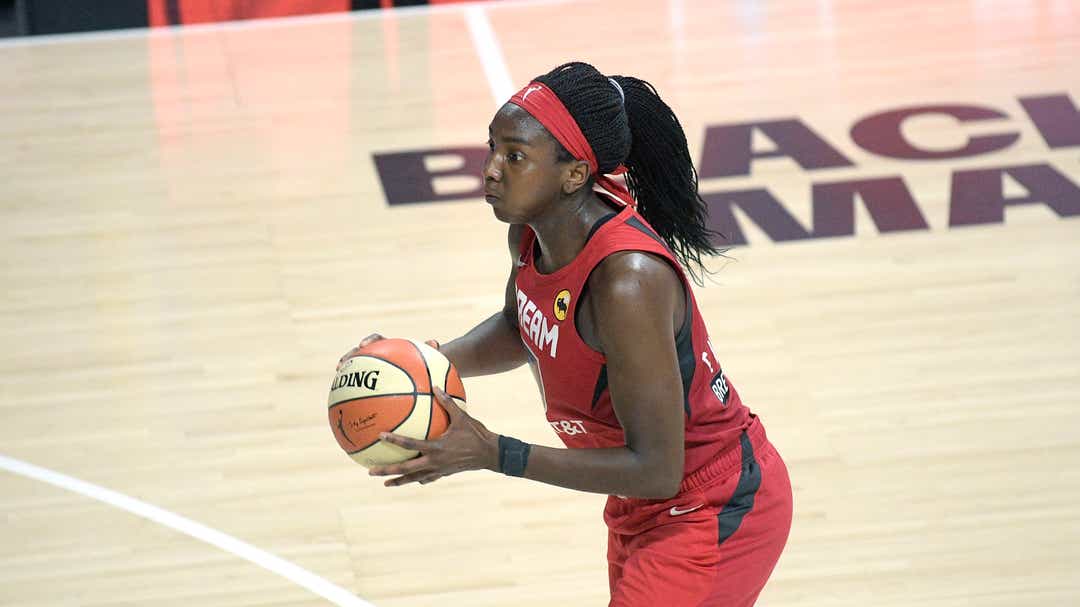 Loeffler doubled down on her stance a few days later during an interview with Laura Ingraham, telling the Fox News host that Black Lives Matter “is based on Marxist principles” that threaten to “destroy” America.

Dream forward Elizabeth Williams told ESPN that the league’s executive committee began exploring the shirt idea as a response to Loeffler’s statements, because “for effective change to happen, there has to be policy changes. And so, if we’re going to sit here and talk about wanting justice reform, part of that is making sure that we have officials in office that understand that.”

Williams  said the Dream and other players have made a coordinated effort not to discuss Loeffler or her statements in recent weeks, and instead focused on how they could best support a candidate they felt better represented their political views.

“I think when all this stuff started happening with her, we didn’t want to feel like we were pawns,” Williams said. “We can only control so much about what the league does [regarding Loeffler], and so for us, we wanted it to be bigger than that. … We wanted to make sure we could still keep the focus on our social justice movement, and funny enough, Reverend Warnock is somebody who supports everything that we support and just happens to be running in that seat.”

Williams also told ESPN that it was another one of the league’s biggest stars, Seattle Storm point guard Sue Bird, who initially came up with the idea for the T-shirts.

Bird told ESPN that participation in the campaign to support Warnock is voluntary and that all players have discussed the idea over Zoom calls.

DREAM’S MONTGOMERY: Tells Loeffler, ‘Don’t end up on wrong side of history’

“This was a situation where given what was said in regards to the owner of Atlanta, and how, basically, she came out against a lot of what the women in our league stand for, I think was emotionally tough for a lot of the women in our league to hear that,” Bird told ESPN. “But very quickly we started to realize that this was only happening for her political gain.

“I’m not some political strategist, but what I do know is that voting is important. And I think our league has always encouraged people to use their voices and to get out and vote.”

Loeffler has said she does not intend to sell her stake in the Atlanta Dream.

“They can’t push me out for my views,” Loeffler said last month. “I intend to own the team. I am not going.”

Trump will not attend United…

Wendy Williams is happier than…

A week before Trumps order…