In the time of the coronavirus, socially distanced travel options are more attractive than ever, making leaf peeping season in New England an ideal option for road trippers this year.

“I think people are finding the outdoors as a safe and comfortable place to be, and what’s better for social distancing than activities surrounding leaf peeping and that culture,” Jim Salge, Yankee Magazine’s foliage expert and a former meteorologist in at Mount Washington, New Hampshire, told USA TODAY.

NewEngland.com, the webspace for Yankee Magazine, and SmokyMountains.com both have fall foliage maps and resources at the ready for travelers hoping to start planning.

The weather this time of year is great, making it the perfect time to get outside in New England, Salge said. “It’s this beautiful send off to the summer before our long hard winter.”

And the photos that capture the evolution of leaves in the autumn prove the send off is breathtaking — it’s no surprise that New Englanders and visitors look forward to the season change indicator. Some Instagram users even started to post in anticipation of the transition.

“If a year was tucked inside of a clock, then Autumn would be the magic hour,” wrote Kiel James Patrick, captioning an image of fall foliage in Vermont.

“Traditionally (in the fall) people have gathered to do family and community events all set in the background of beautiful colors,” Salge said.

But those who might hope to partake in northeastern nostalgia activities to watch the leaves turn – such as apple or pumpkin picking, corn mazes, visiting breweries or cider mills, or hiking – might have to plan their adventure a bit earlier this year.

Typically, the colors peak in New England around the second weekend of October, but the foliage forecast varies by year and in 2020, there are two possible outcomes Salge said.

The first outcome a short season distinguished by bold colors, while the second possibility is a longer season with duller shades — and the result may vary by location within New England due to climate variances. 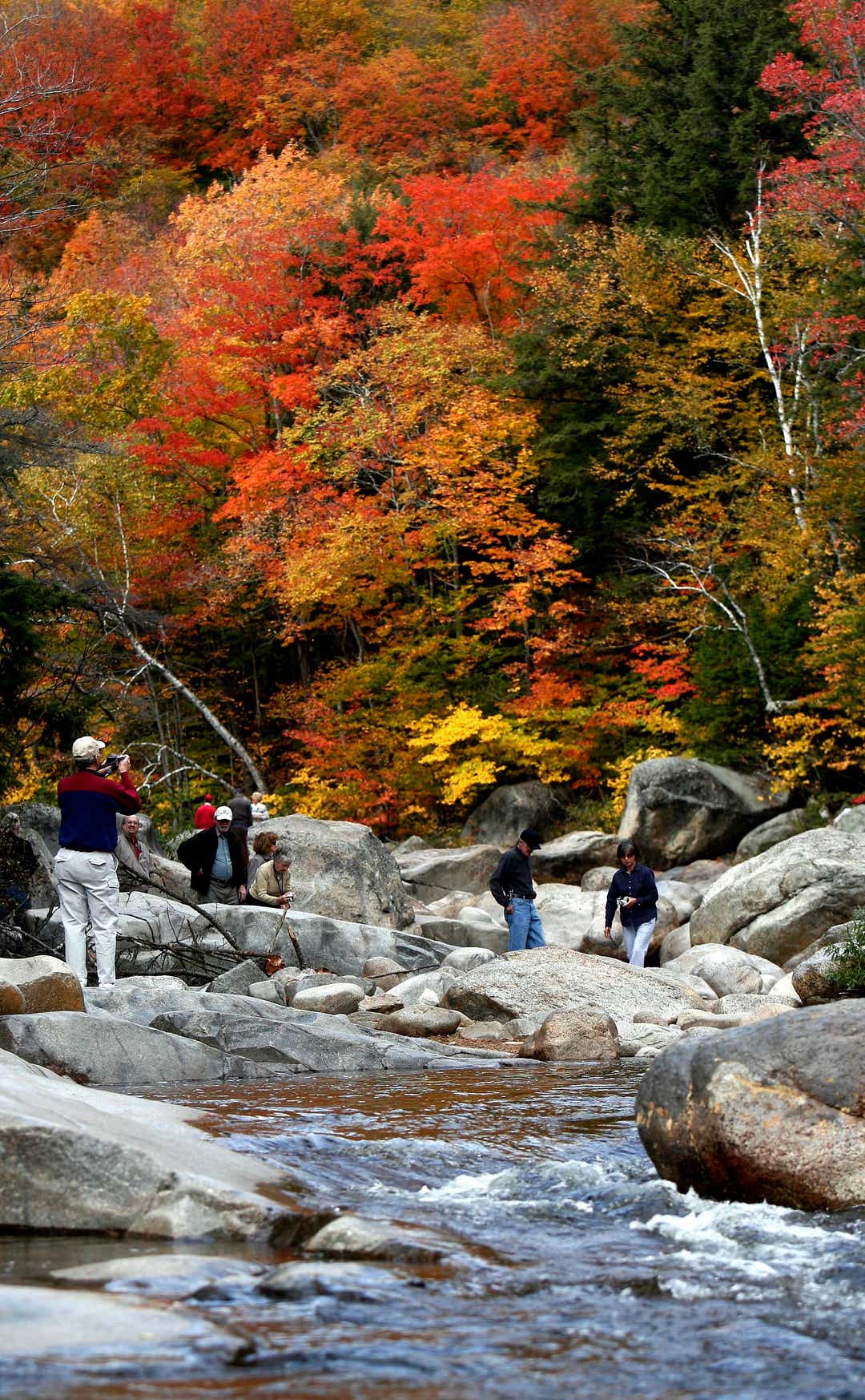 The color change typically comes in a wave.

The progression goes as follows:

The foliage forecast depends on the weather. Part of the reason that the coloring of the leaves could vary so much is because New England is in a drought, Salge explained. Colors may come in earlier since the leaves are drying out more quickly than in a typical year, he said.

So, instead of mid-October, leaves may peak toward the end of September.

“There are more severe areas,” Salge said, explaining that the rainfall makes a difference. “Rhode Island is more severe, for example.”

With the weather cooling down, the colorful leaves that characterize a New England fall will come early and bright but will be short lived.

For northern New England the first scenario is likely, having had a frost on Saturday morning, Salge said. The peak right now, he added, is about a week and a half away for that part of the region.

“We’re calling it ‘abrupt, punctuated and spectacular,'” Salge said. “I think the big thing is that a lot of people are worried that because of the drought it won’t be a spectacular year. But the way it actually could play it out it could be one of the most vibrant years we’ve seen if we get that cold weather help.”

On the other hand, if temperatures stay warmer, particularly for the southern part of the region, the leaves will continue to dry out in a slow burn manner.

“We’ll have kind of a slow display where the colors never quite get as bright, they’re a little longer lived and then they fall out in stages so it doesn’t create quite as spectacular a display,” Salge said.

Right now, it’s hard to tell which way the leaves will fall (pun intended). But there are ways to plan around it.

While people often schedule the second weekend of October to take in the leaves’ color change in the northern part of New England, that window may not be an option this year. If it’s not, travelers can opt to visit the more southern part of the region.

And, as in every cycle, if one misses the peak colors in one area, it is possible to catch it in another. It’s about being flexible and it’s all in the spirit of adventure and exploration, Salge said.