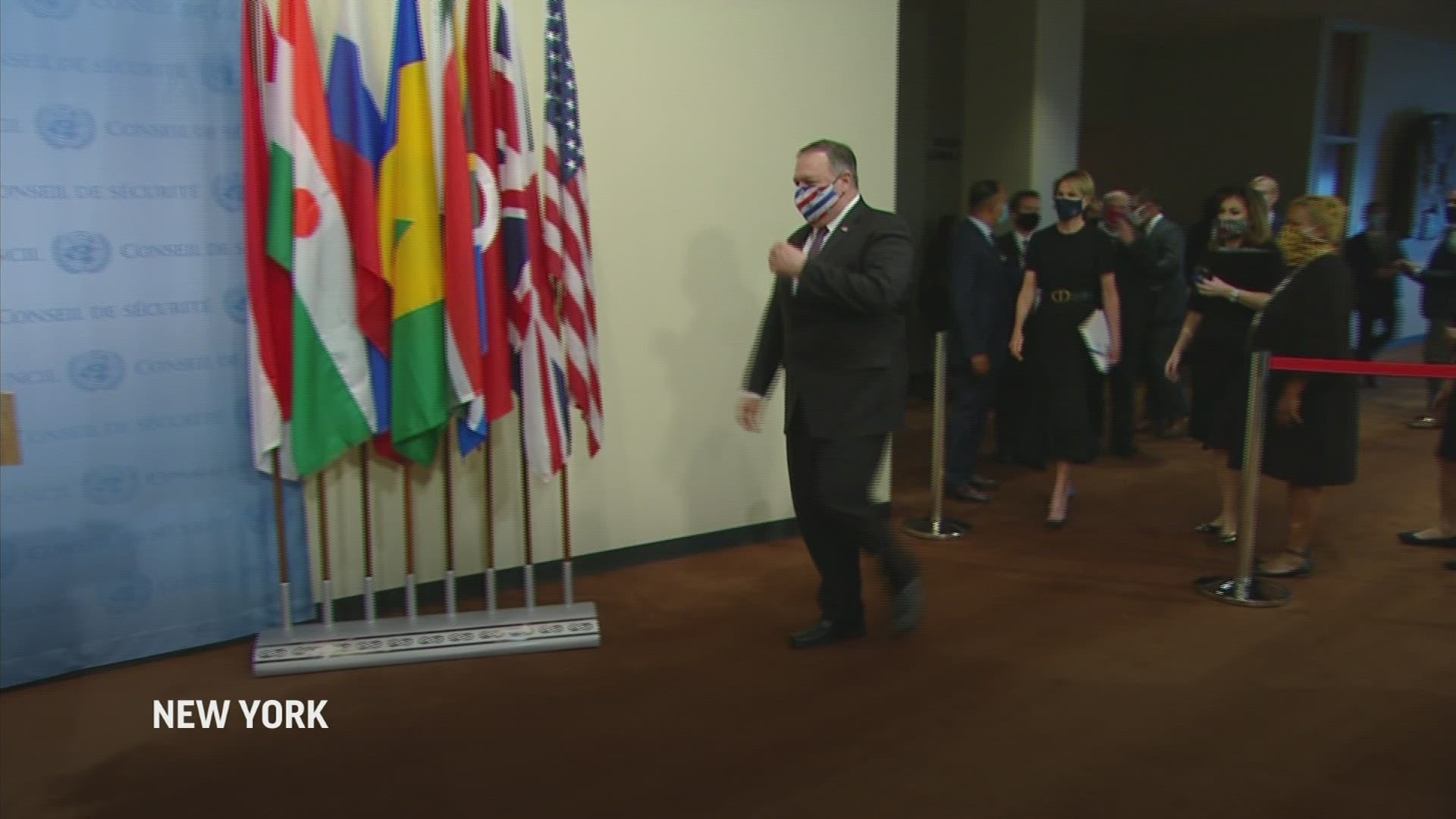 US demands UN sanctions against Iran be restored

The Trump administration on Thursday formally notified the United Nations of its demand for all U.N. sanctions on Iran to be restored, setting off an immediate confrontation with Russia and other Security Council members. (Aug. 20)

WASHINGTON – President Donald Trump will not attend the United Nations General Assembly in person next week, a White House official said Thursday – the latest display of how the coronavirus pandemic is upending U.S. diplomacy.

The annual meeting usually draws world leaders to New York for several days and Trump has often used his address to frame his foreign policy in domestic terms. Last year, for instance, Trump asserted that the “future does not belong to globalists.”

But this year, because of COVID-19, many world leaders are sending recorded messages instead. White House chief of staff Mark Meadows told reporters flying aboard Air Force One to Trump’s campaign rally in Wisconsin that he would not attend.

More: From Greta Thunberg to health care: Is the UN moving on from Donald Trump?

It was not immediately clear whether Trump would take part virtually.

The president has repeatedly floated the idea of hosting the G-7 meeting of the world’s largest industrialized countries this year but the idea has met with a tepid response from other world leaders and he has later backed down. Trump announced last month that the meeting would be postponed until after the November election.

As Dodgers take command of…

The virus is attending these…

Americans want their vote to…