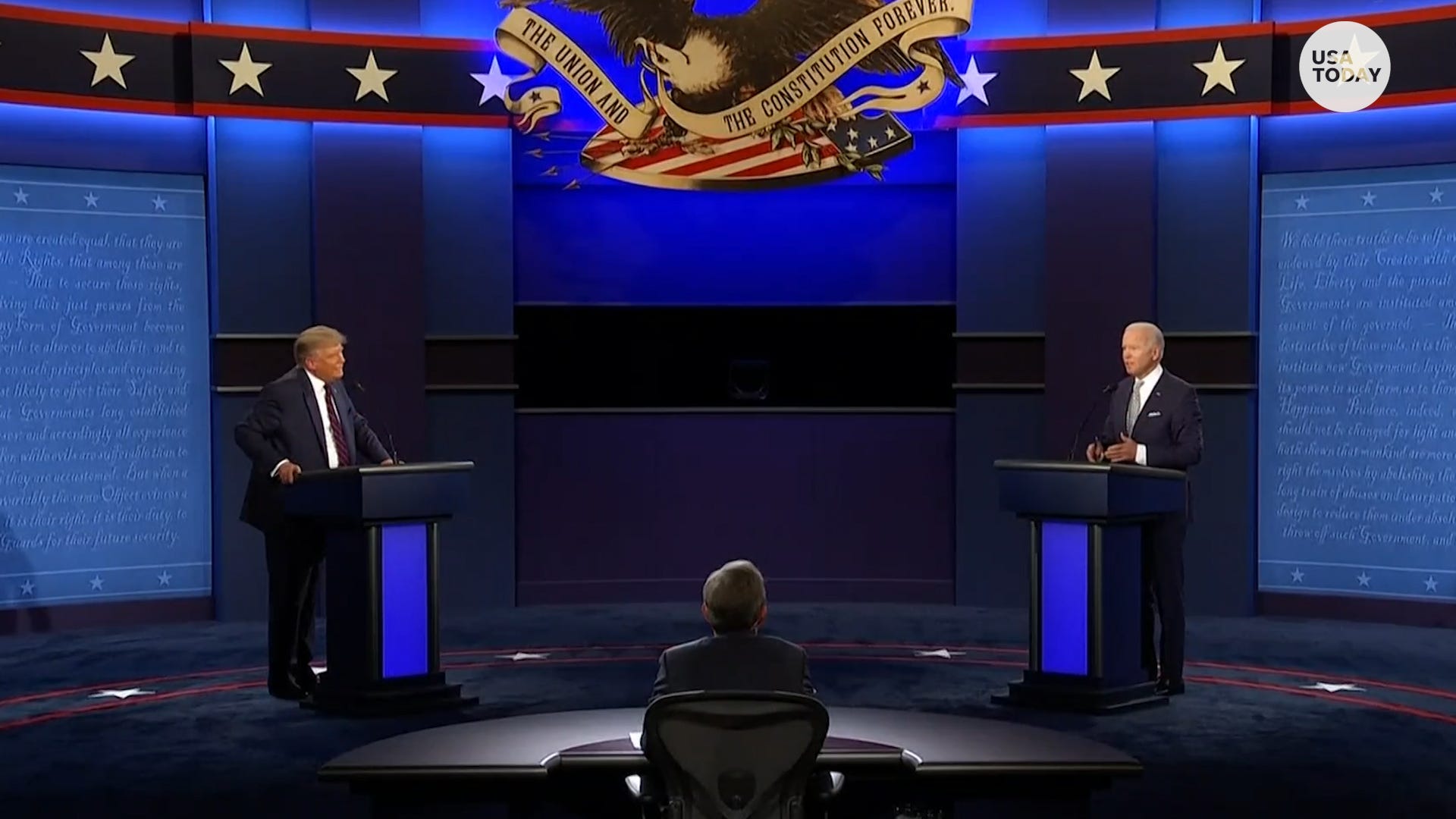 WASHINGTON — Republicans in Congress said President Donald Trump should have directly denounced white supremacists at the first presidential debate Tuesday, when the president sidestepped a question on the issue during a chaotic and bruising two hours.

Sen. Mitt Romney, R-Utah, often a Trump critic, said Trump should have condemned white supremacists and told Capitol Hill reporters, “it was not a Lincoln-Douglas debate, that’s for sure.”

“I think he misspoke, I think he should correct it. If he doesn’t correct it, I guess he didn’t misspeak,” said Sen. Tim Scott, R-S.C., the only Black Republican in the Senate.

Debate takeaways: ‘Will you shut up, man?’ 5 takeaways from the slugfest between Donald Trump and Joe Biden in Cleveland

Trump had been pressed during the debate to condemn white supremacists by moderator Chris Wallace, a Fox News anchor.

When asked for the name of a specific group to denounce, Democratic nominee Joe Biden interjected to say the “Proud Boys,” a group that the Southern Poverty Law Center, a liberal advocacy organization, has designated as a hate group.

“Proud Boys – stand back and stand by,” the president responded, before pivoting. “But I’ll tell you what, somebody’s got to do something about antifa and the left.”

Trump campaign senior adviser Jason Miller told USA TODAY that the president had vowed to designate the KKK a terrorist organization days earlier. Miller also said Trump was telling the Proud Boys to “knock it off,” though the phrase Trump actually used was to “stand back and stand by.”

Discussion of the remarks dominated much of the conversation on television in the morning.

Even Fox and Friends, usually friendly territory for Trump, took issue with his response on white supremacists. Host Brian Kilmeade argued it was Biden who was rude for calling Trump a “clown” and telling him to “shut up.” But, he added that Trump “blew the biggest layup in the history of debates, by saying – not condemning white supremacists. I don’t know if he didn’t hear it but he’s got to clarify that right away. That’s like, ‘Are you against evil?’ Why the President didn’t just knock that out of the park, I’m not sure.”

Trump campaign spokesperson Hogan Gidley sparred with CNN anchor John Berman about the remarks, telling him “The President does (condemn them) and he did call them out, he has condemned them.”

Shown a clip of the debate, Gidley said Trump condemned them “three times,” to which Berman replied, “The president said ‘yes I will’…and then the president didn’t do it.”

The two sides attempted to make sense of the contentious presidential debate on Wednesday morning, with both Republicans and Democrats saying their candidate got the better of the other.

And Trump’s authenticity, she explained, was “the lack of respect for the office, the indignity.” The president, she said, had a “meltdown” on stage.

Trump’s campaign, on the other hand, was rapidly pushing out social media posts arguing the president had presented a “strong, focused debate performance.”

Trump took an aggressive stance during the debate, frequently interrupting Biden, drawing complaints from the former vice president, and calls online for Wallace to turn off the microphones of those not currently speaking.

More: Donald Trump sidesteps call to condemn white supremacists — and the Proud Boys were ‘extremely excited’ about i