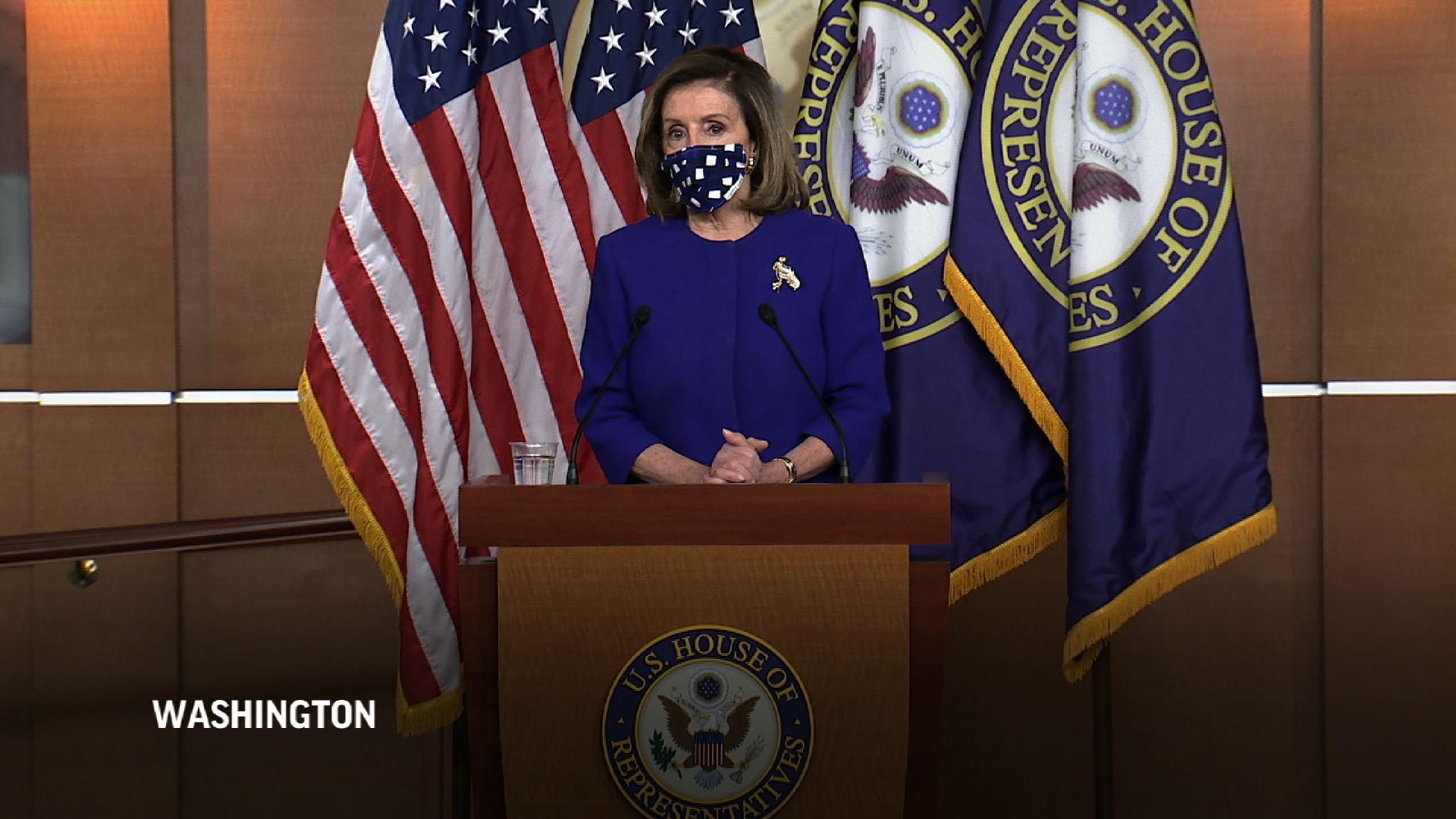 House Speaker Nancy Pelosi voiced skepticism about Wednesday’s press conference during which the director of National Intelligence accused Iran of being behind a flurry of threatening but fake emails sent to Democratic voters in Florida and other states. (Oct. 22)

House Speaker Nancy Pelosi says that she will run for another term as speaker should Democrats keep control of the lower chamber.

When asked whether she would seek reelection in 2021, Pelosi told CNN “State of the Union” host Jake Tapper, “Yes, I am. But let me also say, we have to win the Senate.”

The statement is in line with an agreement Pelosi made when she was elected to the office, which limits her speakership to four years.

That agreement came after the speaker was challenged by several members of the Democratic caucus from more conservative districts who saw Pelosi’s position as an impediment to the party’s electoral chances.

Rep. Alexandria Ocasio-Cortez, D-NY., a first-term progressive who has been one of the most vocal Democratic critics of House leadership, told CNN’s Tapper she would support Pelosi for another term, provided no progressive challenger surfaced.

Pelosi and Ocasio-Cortez sparred even before Ocasio-Cortez became the youngest-ever female member of the House. In Nov. 2018, Ocasio-Cortez joined members of the Sunrise Movement, an environmental activist group, during a sit-in outside Pelosi’s office.

Ocasio-Cortez, and three other progressive freshman congresswomen who made up the so-called “Squad” – Reps. Rashida Tlaib of Michigan, Ilhan Omar of Minnesota and Ayanna Pressley of Massachusetts – continued to press leadership over a number of progressive priorities. The rift came to a head in July 2019 after the four congresswomen were the only Democrats to vote against a version of a border funding bill that Pelosi promoted.

“All these people have their public whatever and their Twitter world,” Pelosi said at the time. “But they didn’t have any following. They’re four people and that’s how many votes they got.”

The conflict fizzled out after President Donald Trump weighed in, telling Ocasio-Cortez, Pressley, Omar and Tlaib to “go back and help fix the totally broken and crime-infested places from which they came.” After those comments, House Democrats rallied around the four congresswomen. Pelosi denounced Trump’s remarks as “xenophobic comments meant to divide our nation.”

Pelosi feud with ‘The Squad’: How the arguing between Nancy Pelosi and the freshmen Democratic members of Congress went public

Pelosi, 80, is the only woman to ever serve as speaker of the House. She first served as speaker from 2007 to 2011. She served as minority leader before and after that.

In her second stint as speaker, Pelosi has corralled a diverse Democratic caucus through government shutdown fights, the acrimonious impeachment of President Donald Trump and ongoing negotiations with Republicans over a potential stimulus package in the wake of the coronavirus pandemic.

“People need help right away,” Pelosi said of the need for a new stimulus package. “What I say to them, though, what we are doing right now is to make the bill bigger, better and safer for you. And the benefits will be retroactive.”

‘We don’t have that many differences’: Pelosi minimizes schism with Ocasio-Cortez

On Oct. 18, Pelosi gave the White House and Senate Republicans a 48-hour deadline to negotiate a stimulus package before the election, though talks remain ongoing today.

“Well, you know, I will never give up hope. I’m optimistic,” Pelosi said of a potential stimulus package before election day.The speaker also said that the White House had not moved closer to the Democrats’ position on several issues including coronavirus testing, contact tracing strategy, unemployment benefits, and aid to state and local governments.

“They keep moving the goalposts,” Pelosi said. “Every time they say we move the goalposts, that means they’re projecting what they did. But let’s just — let’s be hopeful.”

“We’re nine days before an election,” she added. “We’re trying to unify the country. And one way to do it is to come together to crush the virus, so that we can open our economy, open our schools, feed our people – 17 million children food-insecure in our country. But again, the answer is, crush the virus.”

They have not earned your…

Biden set to announce his…